When my third born was in her first year of preschool, her teacher mentioned to me that she had a hard time understanding her speech. When it came time for the parent-teacher conferences, there was a formal, written recommendation that we have our little lady screened for a speech delay. I can still feel my heart drop as I picture that referral form, with the light blue script across the top.

I got to know that script pretty well over the next few months. Even though I had my doubts about this route to therapy, it became apparent over time that it was absolutely necessary. It took many weeks, and so many conversations, to convince me that our daughter needed help. And what took me aback the most was that I had not figured it out on my own. Diagnostics should really be my speciality, but I truly missed the boat on this one. 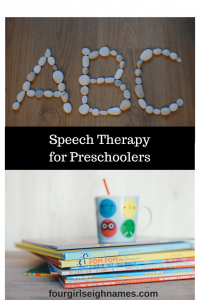 If a parent is concerned that their child has a medical issue or developmental delay, the first stop should be a primary pediatric provider. Typically, providers review certain developmental milestones with each well-child visit. They also provide anticipatory guidance for milestones that are coming in the future. If parents have any questions about a child’s development, well-child visits are a good time to ask. Parents could also make a “developmental appointment” with their provider. These are usually longer and harder to come by.

The pediatric provider can take many different routes, including laboratory tests, imaging, or referral to a therapist or a specialist. For our daughter, this meant a referral to a speech language pathologist (SLP) for a full evaluation. Her SLP then referred her to an audiologist to have her hearing tested, where we determined that she had hearing loss due to a build up of fluid in her middle ear. This also accounted for the multiple ear infections she incurred each year.

After a plethora of hearing tests, our daughter was referred to an otolaryngologist (ear, nose and throat physician) for further evaluation. They performed more hearing tests and determined that ear tubes and an adenoidectomy to relieve the pressure on her ear canals were necessary. Due to our choice of surgeons, we waited about four weeks after her initial evaluation to have her surgery.

Comfort with a New Routine

After our daughter recovered from her surgery, we worked to qualify her for speech therapy services as part of Early Intervention. These services are available in many areas throughout the United States, though qualification criteria and subsidies vary widely. Our girl qualified for therapy once a week, with a SLP in the elementary school where she will go to kindergarten. In addition to this therapy, we continued with private speech therapy at a locally owned company. This company did not have the ability to bill insurance, so we paid for the services out of pocket, but our insurance did reimburse some of the expense after I filed the necessary paperwork.

For a three year old, who was also attending preschool a few mornings each week, adding speech therapy services was to her day was cumbersome. We were given exercises to do at home each day, which I approached with trepidation, for fear of wearing her out. But, over time, Maggie Paige really enjoyed replicating the games she played in speech therapy at home with her sisters and me. 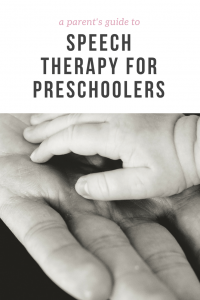 Given her position in our family, our third born is quick to take any criticism from her big sisters very seriously. They would get frustrated with her inability to articulate what she wanted to say, and she would get equally frustrated that no one could understand her. Over the first few months of her therapy, she would get especially anxious when she was separated from me. In hindsight, it was because I always acted as her translator at home, helping her to articulate what she was trying to say. She didn’t have a translator when she was away from me.

One of the most challenging things, as a parent in this scenario, was watching our daughter struggle with her friends. Their ability to understand what she was trying to say was limited. Relationships with three year olds are, at best, somewhat tenuous. Asking friends to have patience with someone who struggles to make her needs and thoughts known is especially challenging. I oscillated between being present as the permanent translator during playdates, and stepping back and letting her work harder to make her needs known.

We saw the biggest change in our daughter immediately after her surgery, when she had the largest change in her ability to hear. The progress was staggering, especially the morning after her procedure when she jumped off the couch is terror when we started the blender. After she adjusted to her new level of hearing, she started to plateau in her speech improvements. Her SLP narrowed it down to a handful of sounds that were especially difficult for her to make. We rotated through practicing those sounds as isolated words and in sentences through conversational speech. Her overall speech intelligibility has improved dramatically.

Keeping a positive relationship with her speech therapists was crucial for our daughter’s continued success. She loves spending time with them, and looks forward to speech each week. It is more difficult to keep practice fun at home, and I am known for keeping a stash of rewards in our pantry for hard work.

In the moments when it got especially heavy to handle therapy and practice everyday of the week, I kept the words of a dear friend in the front of my mind.

“You never want to look back and wonder if you could have done more for your child.”

Early intervention has been shown time and time again to offer the best results for developmental delays in children. Though it is not easy at times, staying the course works in the long run.

We catalogued our daughter’s progress by taking videos of her conversations with us. Only then did we see the profound progress she made with the right interventions.

This site uses Akismet to reduce spam. Learn how your comment data is processed.